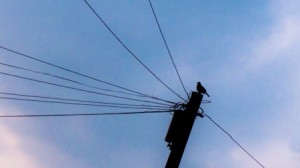 I was catching up on some Marketing Over Coffee podcasts today when the topic of Web 2.0 ‘single points of failure’ came up briefly. Web 2.0 stuff is great for making contact with customers and building interest in campaigns. MOC questioned whether such services could be relied on, 24/7? Their marketing answer was to ensure you back stuff up and make the most of traditional customer relationship tools too.

It got me thinking about the implication for service providers battling over-the-top services.

“Over the top: Digital industry term describing third party home entertainment services that are delivered across (i.e., “on top” of) a broadband network without affiliation with the broadband service provider.” – Wikipedia.

Consider Twitter, the example MOC used in their podcast. A business may rely on Twitter for customer feedback, or as the basis for selling some cool value-add service (like TweetDeck). Consumers may use Twitter instead of spending money on phone calls and SMS. But these users run the risk of two types of single-point-of-failure: System failure and commercial failure.

Twitter has fallen over in the recent past. It became renowned for its iffy architecture. Even the mighty Google, with its clouds and data centers, has lost some services from time to time. Web 2.0 services typically have a single service provider, maybe a single data centre, application instance, that will fail at some point, even if they use reasonable internal redundancy in their hardware and network platforms.

This is quite different from email, for example, which is very resilient to failure. Each organization, or at least each ISP, has its own SMTP, POP3 and IMAP services. These communicate over the Internet which relies on telco-grade networks. A well built, well managed network, running an inherently resilient protocol, with multiple service nodes.

What if Twitter goes out of business? Given the lack of  obvious revenue streams for many Web 2.0 services, this is not at all unlikely. Without clear revenue streams it would also be quite possible that no one would step in to take over. The industry would just let it die as a failed experiment.

And you can’t just move your Twitter account to a competitor, if any are left. The technology is different. Integration APIs are different. Assets such as URLs may have to change. Groups, followings, friends and so on would have to be re-established.

If Twitter, then why not Skype? If Skype went down the pan, what are your options for number portability to another service provider?

Traditional service providers have clear revenue streams. They have physical assets. They have intellectual assets. Sure, a telco could crash and burn if the economic situation was critical, but it’s much less likely that no-one would take on the business. And thanks to deregulation, it would be easy to move customers from a failed service provider to a healthier one.

Over the top services are attractive to end users. They’re innovative, colorful and cheap to use. Despite all the hype around ‘customer experience’ it is often the customer who is last to consider their own overall experience. Web 2.0 is instantly accessible and instantly satisfying. Customers, use to stuff ‘just working’, are happy to assume Web 2.0 services will satisfy their medium and long-term needs, at least until something else shiny comes along.

Web 2.0 will only be a success (i.e. have a practical revenue model) when businesses and customers have a long-term financial or lifestyle investment in the service. Only then will reliability and stability start to be a bigger factor, in the customers’ experience, than instant satisfaction.

Until that day of judgment comes, when traditional telcos are vindicated and hailed as champions of quiet efficiency and reliability, customers will put up with the experience of free, easy, no-strings-attached, blissful naivety.

Aaaah, blissful naivety. Don’t ruin that for us, just yet…