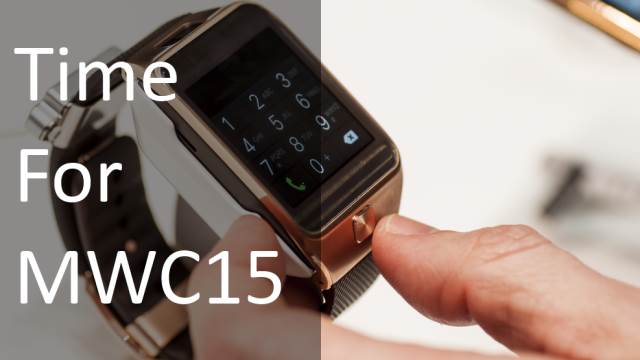 The awesomeness and craziness that is MWC is just around the corner. OSS Line asks some friends for their advice on what to see in Barcelona, inside and out of the exhibition halls…


Mobile World Congress, held in Barcelona, is probably the biggest telco event in Europe. It’s huge in terms of scale, scope and the time and money invested by exhibitors and attendees. As a comparison, Europe’s big OSS-centric event TMF Live attracts around 4000 attendees. Barcelona’s population will be swollen by 85,000 attendees visiting MWC.

Why Go to MWC?

MWC enjoys attention from the mainstream media thanks to the show being used by handset manufacturers and service providers launching new consumer products. There’s plenty of shiny new things to go and see.

But is it a show that offers value to us OSS and IT professionals? Is OSS at risk of being lost among the tens of thousands of attendees, the handsets, and the hype?

One person in a unique person to compare the merits of events like this is Carl Piva, Vice President Strategic Programs at TM Forum:

I have always met so many people interested in OSS and service provider IT at MWC, and I expect the same to be true this year. We’ve got a packed schedule of meetings with TM Forum members, who are all coming to Barcelona to learn more about today’s biggest OSS challenges and solutions, particularly as trends like NFV pick up momentum.

MWC’s strength is its diversity. It’s easy to find plenty of people within your particular comms niche, as Steve Hateley of Comptel notes:

These days, it’s certainly not a mobile show in the context of smartphones alone! It’s about everything networking, data and IT.

And, of course, even if you’re not going to mingle with the OSS folks, your customers are almost certainly there, if you can distract them from the shiny handsets to talk IT and solutions.

…it’s more for new mobile gadgets, handsets and electronics. We’ll be meeting telcos and businesses who are interested in mobile payment platforms and mobile point of sale.

Or, once the attendees are full of excitement about the latest network trends and technology, they’re going to want to know how it will be deployed, operated and monetized in practice. Service provider IT will be there to help, as ever, says Nakina System’s Rob Marson:

The industry is entering the next phase of network transformation. We’re looking to meet with these service providers and discuss how Nakina will help them overcome some of the inconvenient truths when it comes to operating these technologies. 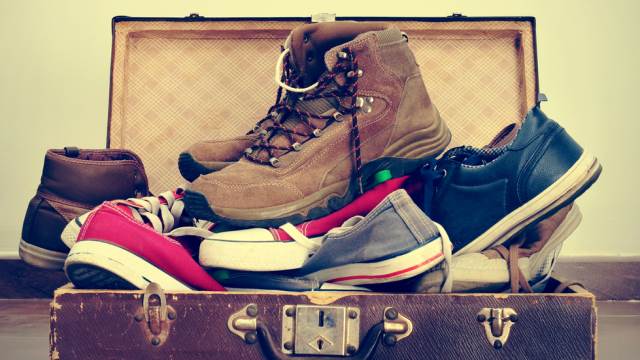 So, are you ready for you trip to MWC? Got your flight booked? Got a hotel room? Been bumped out of your hotel room yesterday and just managed to rebook 20 miles outside of Barcelona? Good, you’re all set.

Have you packed comfy shoes? The almost universal advice offered to OSS Line was to pack nice sensible shoes because you will be standing or walking a lot.

Those who’ve been before appreciate this. Those who haven’t… The only advice I’d add is don’t book back-to-back meeting because you can easily end up with a 15 minute hike between two meeting rooms.

Why not make the most of the mileage you’ll be covering? If you attend one of Nakina Systems’ daily in-booth seminars (Hall 7, stand 7J11) you can enter to win a Fitbit to track your steps throughout the week.

Bassem Boshra Thabet, Director at SpimeSenseLabs, also suggests you make sure your phone has a plenty of free memory to capture photos and videos.

I would agree. If you’re a marketing nerd the size and sophistication of the booths (some are better described as aircraft hangars) is something to behold. If you’re a tech geek, you’ll be snapping the shiny handsets or network equipment.

And, of course, there’s beautiful Barcelona to photograph…. 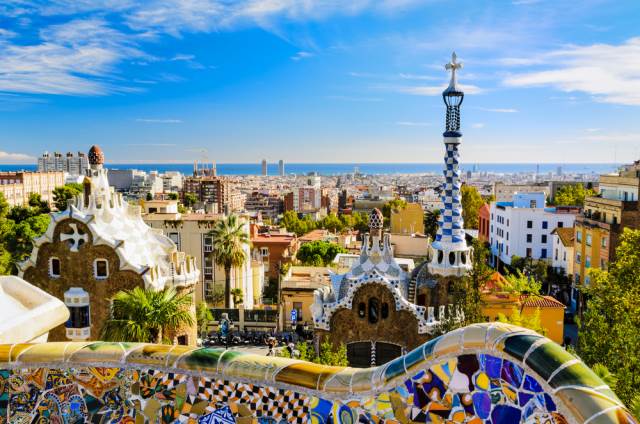 What to do in Barcelona

Let’s step outside of the MWC showground for a moment. You’ve earned a break. Just wait 45 minutes for the next available taxi and you can go… where?

Steve Hateley must have been before, because he offers some comprehensive tourist advice, suggesting you shouldn’t miss out on:

And it seems many would agree with those plans.

I’m yet to find much in the way of spare time and still haven’t visited Gaudi’s Sagrada Familia! However, I can vouch for a visit to the Camp Nou football stadium – a mecca for any football / sports fan even when FC Barcelona aren’t playing.

For me, enjoying travel is about enjoying the local food, so I take John McVey’s advice seriously:

Technology and Trends at MWC

OK, we’ve chatted to our contemporaries and customers, we’ve seen the sights, eaten some tapas. It’s time for some technology and trends at MWC.

It’s easy for exhibitors and speakers to simply push the latest buzz word, but Carl Piva thinks there’s a greater opportunity at MWC this year:

I think we will see a lot of cross-industry initiatives invading the expo floor this year. We will see service providers showcasing enablement platforms that connect other industries to the digital fabric in new ways.

Carl looks forward to June this year where a similarly practical approach will be evident at TM Forum Live in Nice, with a focus on ‘Making the Digital Business Real’.

But, of course, there is no avoiding the buzz words and TLAs in Barcelona.

Steve Hateley expects the big trends to be in SDN and NFV, along with more consumer oriented technology like IoT and connected cars.

Go and say ‘hi’ to Steve at the Comptel stand (hall 5, stand 5G40) to join their ‘Operation Nexterday’, showcasing how Comptel solutions are used to perfect life’s digital moments, with a team of technological superheroes. I’m not sure if they are costumed super heros. Maybe send some pics Steve?

SDN/NFV will again be at the forefront of all tech talk, though it still seems to be early in the hype cycle for most CSPs. The Internet of Things (IoT) will also gain lots of airtime, and if the CES show in Las Vegas is anything to go by, there will be all manner of IoT devices on show – some useful, but a lot will be frivolous.

Yes, I still haven’t worked out which of my domestic appliances would benefit from a connection to the Internet. Could our industry’s thought leaders come up with a better example of IoT than a smart fridge please?

Maybe you can grab Dominic at the Cerillion stand (hall 7, stand 7B61) where the team will be talking about the two key themes of Customer Empowerment and Cloud Enablement. Both sound more practical and useful than a fridge that reminds me my milk is going sour.

You know we love start-ups at OSS Line, so I will point you towards MWC’s start-up section from some fresh thinking. You may find Bassem Boshra Thabetat there at the SpimeSenseLabs stand (4YFN) discussing their MasterOfThings platform. If IoT is coming, we need to operationalize it, and they have web based applications that makes IoT and the complimentary M2M technology as easy as dragging and dropping apparently.

Along with SDN and NFV, John McVey expects to see:

New handsets and wearables from the big players, and 5G wireless innovation.

A big part of MWC is about monetization of these technologies, with a whole section devoted to NFC & Mobile Money, where you can find DonRiver in partnership with Dream Payments (stand 7J21).

Again, looking at the practicalities of how technology trends will benefit CSPs, Rob Marson expects MWC to show us how NFV and SDN virtualization is realised with more vendor implementations spanning the core, back-haul and RAN. And, for the customers, real-time personalization of services will remain a major theme this year.

OSS Line predicts that, this year, the industry will be getting real with NFV, small-cell and related operational support systems. There’s now enough parts to the technology stack to make selective use of NFV in CSP networks a reality – And the key benefit is that it can be selective, niche deployments, while other tech like SDN only really starts to pay back when used extensively across the CSP’s network.

And small-cell is simply an inevitability to deliver the coverage and capacity needed by 4G – With the trend in Europe of mobile carriers and fixed line operators merging, the economics and network are aligning to allow the necessary investment in infrastructure to take place. 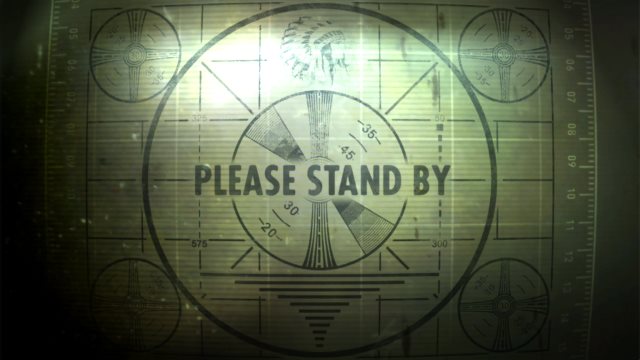 Whether you’re attending MWC or not, it’s an event that matters to OSS.

OSS Line will keep you up-to-date on relevant announcement coming out of Barcelona (and many announcements have come out already, like Ericsson’s mega-announcement last week).

If you’re at the show, and have something to report to our readers, Tweet us @OSSLine.